What is a christmas without breaking stuff (In the last week my battery died in the car, pipe burst inside our washing machine and had central heating issues)

So I though why not mess with HomeAssistant as well 😏 I have a small SuperMicro server that I have not used for a while, so I decided I wanted to try an run UnRaid on it to move my HomeAssistant from my Raspberry PI 4. 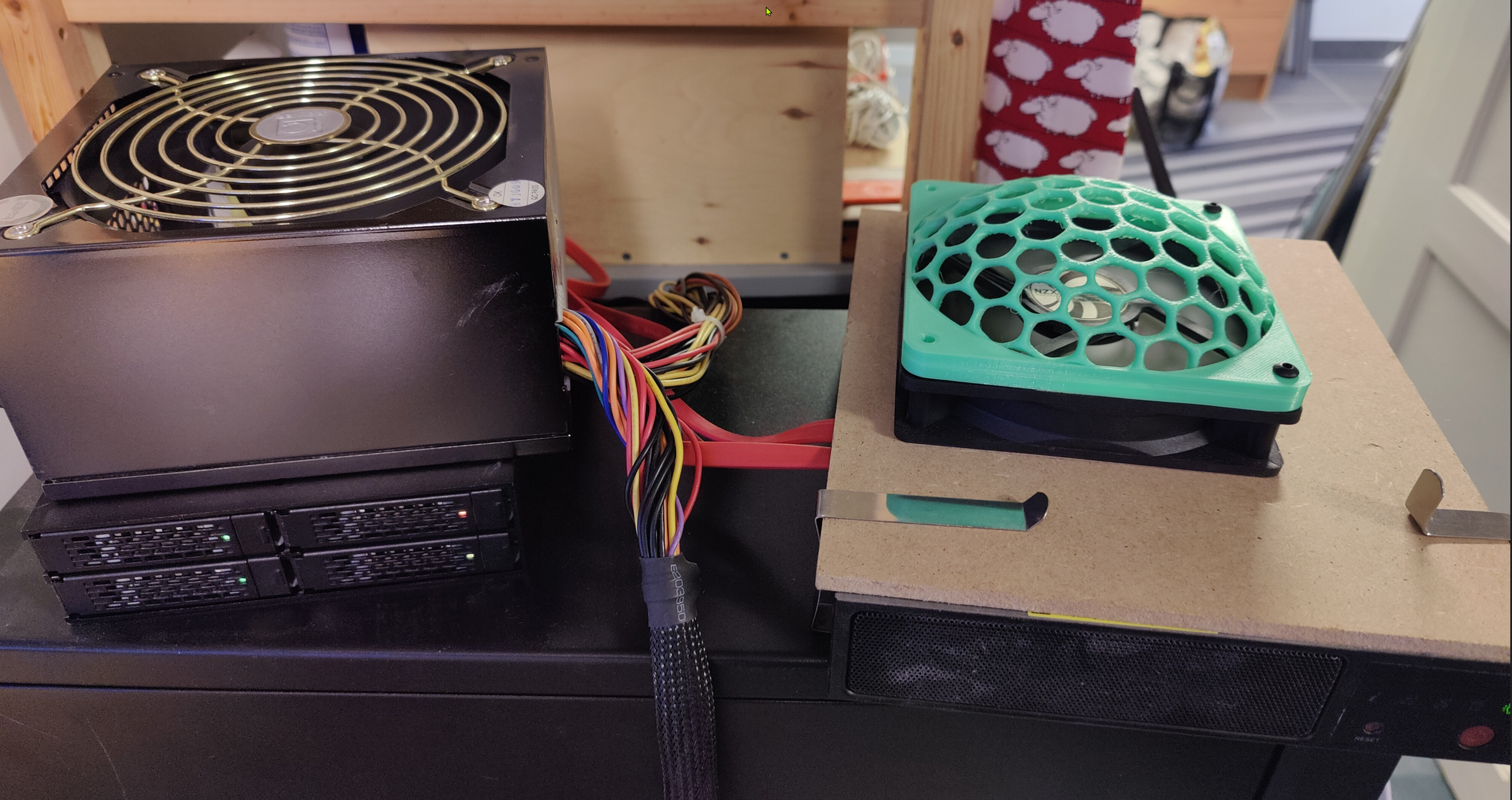 But after some research I discovered that some people claimed that issues could occur running UnRaid on a machine that purely has SSD’s because of some TRIM issues with BTRFS.

(Word of warning I am not a Linux guy, so I might have overlooked something that could have made this simpler)

Under storage you have to create a new zvol 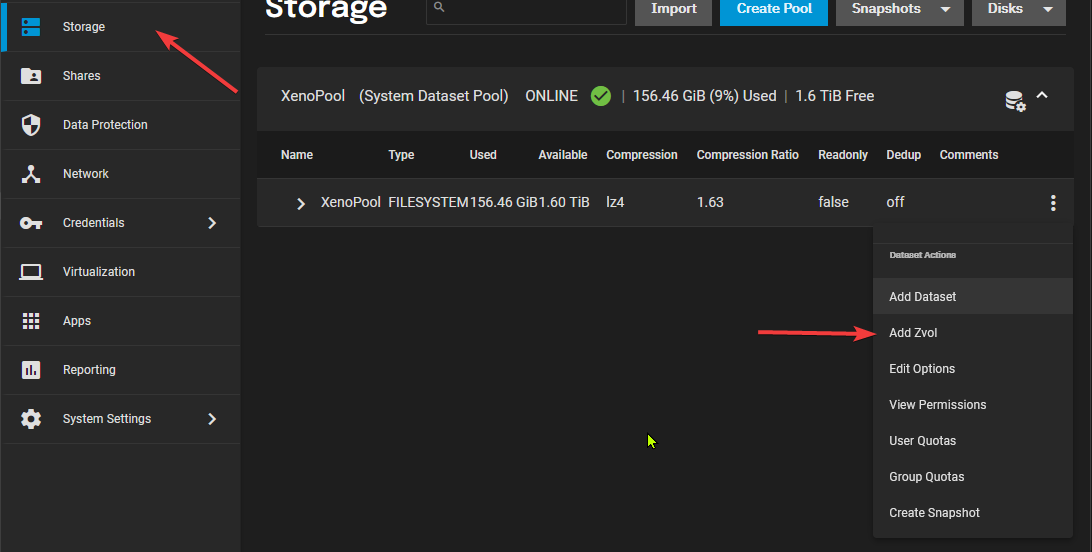 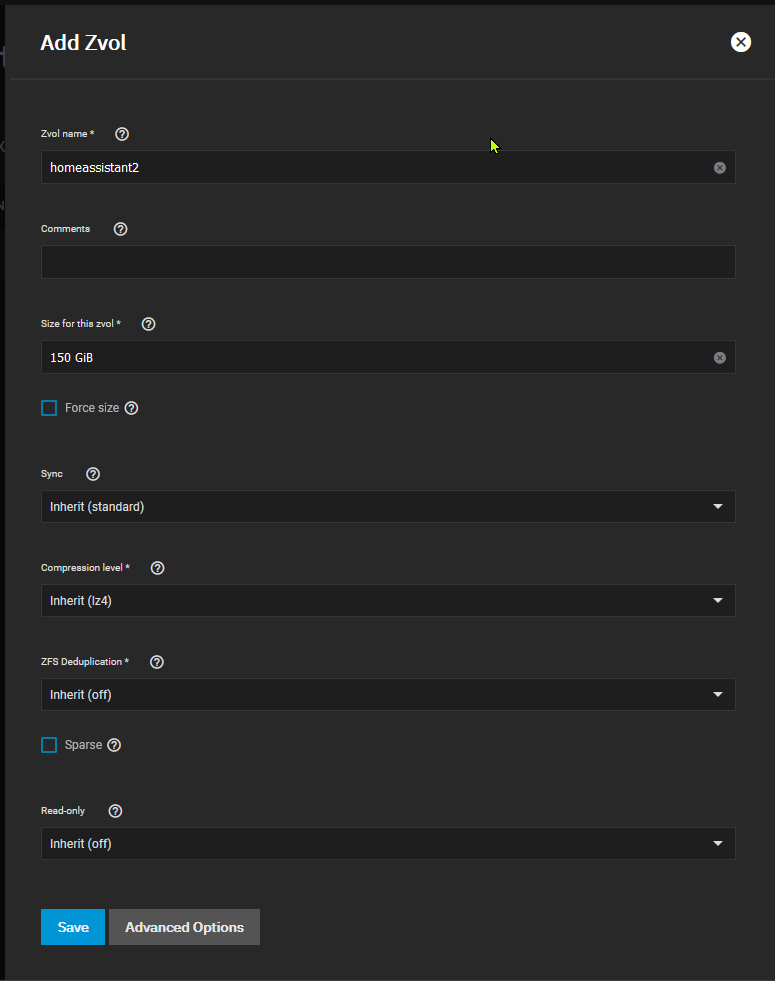 Then I had to go to the shell under System Settings

First I had to download the HassOS image (I have recently done some converting from vmdk to Qemu/KVM at work, so I chose to download the .ova file, because I knew the commands to convert it)

Then you have to unpack it

Then we have to use dd to copy the image data over this took about 25 minutes for me (XenoPool = StoragePool name, homeassistant = zvol name )

Currently there does not seem to be a way to map in USB peripherals from the UI, so we have to do that from the shell as well, but we will get to that in a bit. 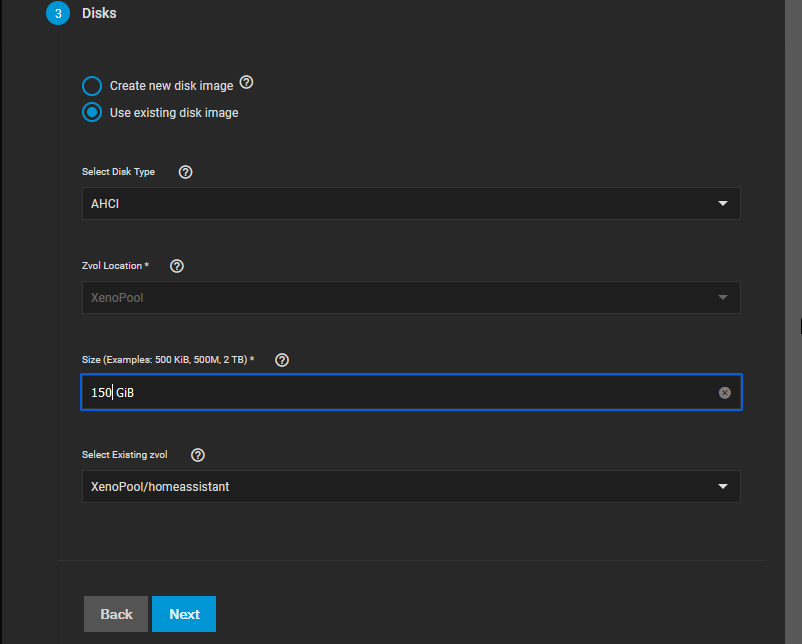 Now I was able to boot HomeAssistant by starting the VM, but I still needed to load my Slaesh Zigbee stick I tried running lsusb from the shell, but that was not installed, so I had to try and figure out the USB information from dmesg 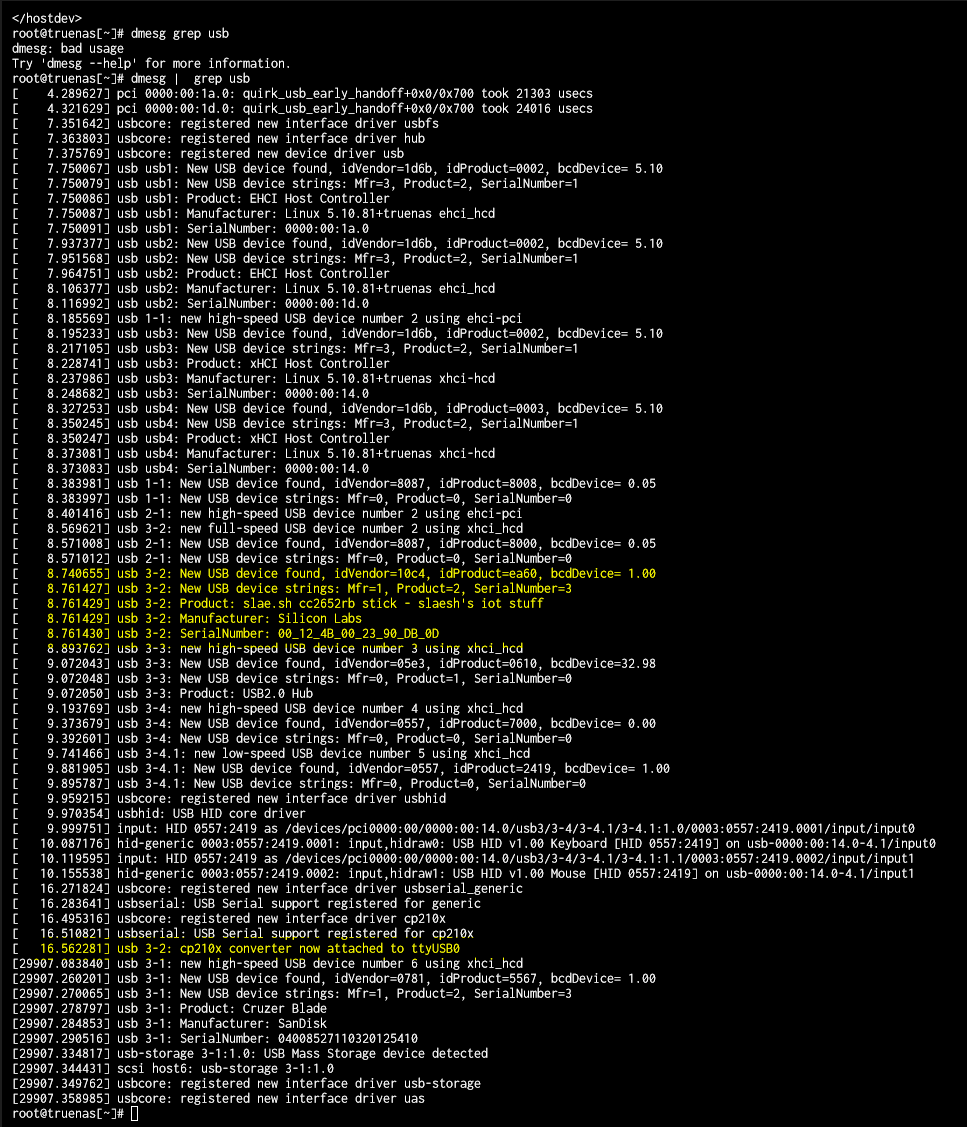 Then I created the an addusb.xml file containing

Then I needed to figure out the name of the VM

Currently it seems as when TrueNAS restarts the VM it will overwrite the config, meaning that the USB device will be disconnected, and will have to be connected again.